A Brief Visit with Llamas in the Raw – Grooming Haven 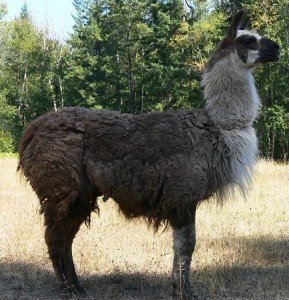 Digging through our photographic archive, I found this short video clip and thought it would make a nice little camelid cameo.  Although Llamas in the Raw is not a registered charity, several of our llamas are rescued animals, adopted or collected from people who no longer want them or have neglected to look after them properly or who have even abandoned them.

When marriages breakup, animals often bear the brunt of the emotional mayhem and Haven came to us after he was abandoned following one such breakup.  He had been removed to a caring environment a few days earlier, but his wild behaviour was causing some consternation and so he joined our motley gang. 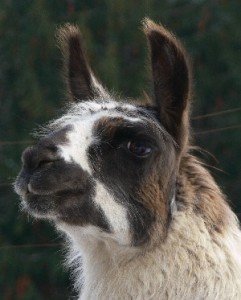 boys, he is a real softy.

You may remember that Haven also featured in the previous post, following minor surgery to remove a stray piece of bone from his cheek.  He is now fully recovered and back out in the forest looking for some burdock burrs to mess up his beautiful coat!

This isn’t a llama grooming tutorial or a ‘How To’ video, it’s a just a short sweet visit with Haven at Llamas in the Raw.  Enjoy!