Merino in the Grease

I have just received a gorgeous Rombouillet Merino fleece, which will make a perfect blending fiber for the llama and alpaca that I spend most of my time working with …for obvious reasons!

The Rombouillet has an interesting origin, according to the brief description on Wikipedia.    Louis XVI of France bought a number of Spanish Merino sheep from his cousin Charles III of Spain and selectively crossed the sheep with English long-wool breeds on his Bergerie Royale farm in the Domain de Rombouillet near Paris.  The result was a large sheep with longer fiber than the Spanish Merino.

Beautifully soft and nicely crimped, the Rombouillet has earned a reputation as a top quality wool. 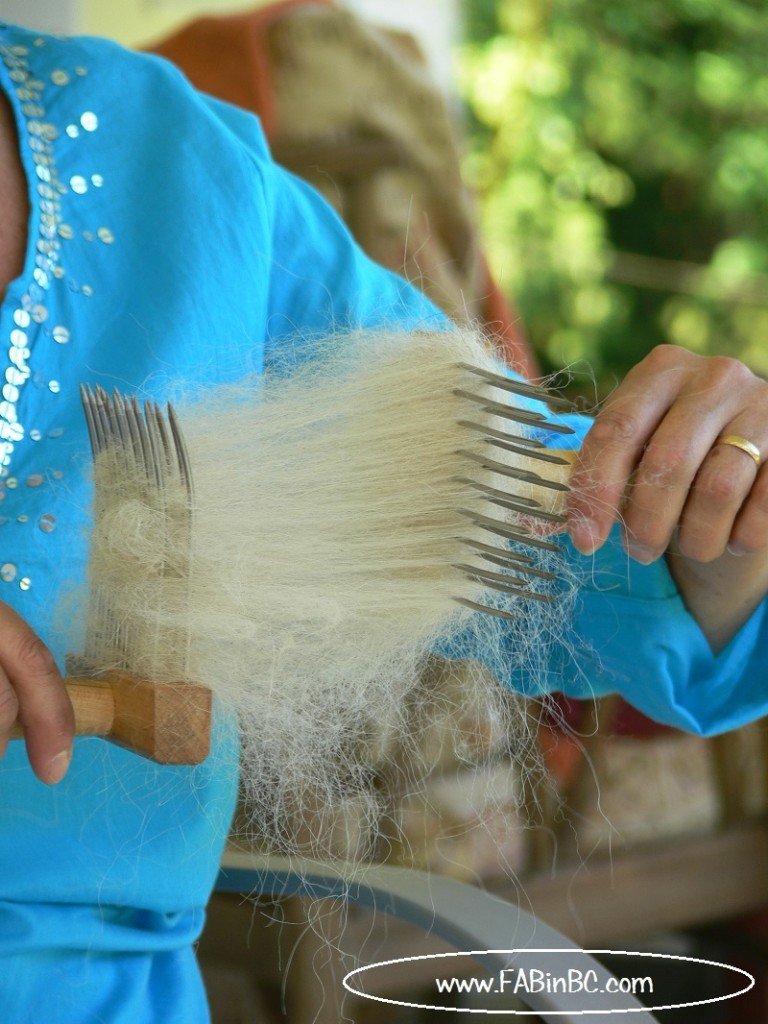 The fleece we have is not too greasy and it is amazingly clean, which makes a pleasant change from the straw-laden fleeces to which we are accustomed.  I’m not grumbling, since they were generously donated to help us raise more funds for the Llama Sanctuary.  I find it a little shocking that these Rombouillet sheep have been sheared in February; it’s still deep in snow outside!  I know we live higher in the mountains than the main Okanagan Valley, but it is still winter and can get very cold.  It’s a shock to drive into town and not see any snow though!

First order of the day is to gently scour the fleece, to get rid of the dirt, but leave some of the grease.  The first project is socks, so I like to keep them a little ‘greasy’ to help soothe the ‘rough winter feet’ syndrome.

Time to dig out the combs once more!