Call it soppiness or soft-in-the-head or an over-active imagination, but when I’m working with animal fibre, I feel the energy of the animal.  Questions bubble to the surface, to the gentle clack and clatter of the spinning wheel; who was this animal? What kind of life did it have?  Was it a life well lived? Or was it a life of fear and unhappiness? 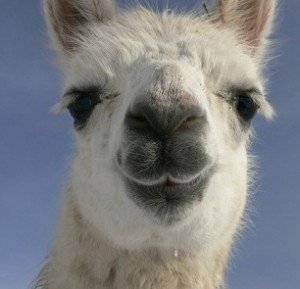 Some people describe me as over-sensitive, but I cannot help it or rather I don’t want to help it.  Animals have feelings and anyone who says they don’t, either hasn’t allowed himself the privilege of getting to know animals or has blocked out those feelings to manage their own pain.

I choose not to eat animals, but these thoughts aren’t about vegetarianism; I have known plenty of meat-eaters who are equally sensitive to the feelings of animals; we must each find our way through the minefield of emotions in which we tread a life. I mentioned in my last post that I like to have a name to put to the fibre with which I’m working and was saddened by the sheep with no name.  It’s not because I think they need a name, it’s probably because I don’t understand their own language enough to know if they use a name or have need to.  I do know that they converse with their minds and I am sometimes privy to their conversations, even if it is ‘how to knock the bucket of oats out of my hand’.

We share this planet with an untold number of other creatures and not one of us has right above the other.  Humans have learned to make powerful weapons that make domination easier.  I appreciate that some people do not think it is right to take the coat of an animal and here again, I have had to scour my conscience for piercings.  My conclusion is that we live a symbiotic relationship with all creatures and we have to decide within ourselves the degree of relationship with which we are comfortable. 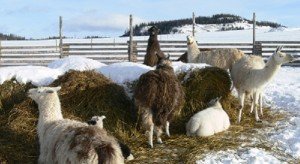 than one occasion.  According to some ancient history sources, man has been virtually eradicated for his ‘misdemeanors’ too.  We cannot say this animal is not native to this region or that this animal maintains its genetic origins; we don’t know that, we can only surmise.  This is a big melting pot with many surprises.  The pot has been churned so much that no race or species may claim originality.  My assumptions are, therefore, that we are meant to live alongside animals; they are our brethren; they are our equals and we are meant to move and evolve together.  I like to believe that animals are as willing to learn from me as I am to learn from them.  We are assisting each other in our homeward journey.

Returning to my original point, I like to have a name for the animal whose fibre I am handling; it’s the only way I know of consciously honouring that animal.

Whatever path we choose has consequences.  If you wear synthetic fibers or synthetic shoes, you take responsibility for the destruction, the death of creatures and the pollution that is part and parcel of the oil industry.  That is a responsibility.  If we use only plant fibre, we must uproot and disrupt an eco-system to plant sufficient of that fibre to clothe the people of our towns and cities.

I give the animal a name as a medal of my honour and I do whatever is in my power to make sure the animals I manage are given as much of what they would naturally want in life.

I know this is a strange subject to bring up on Fibre Arts Bootcamp, but it’s a part of life and we can either dismiss the matter for being too complex; too philosophical or we can embrace it, decide where we stand and live with it.

And now for something completely different…….