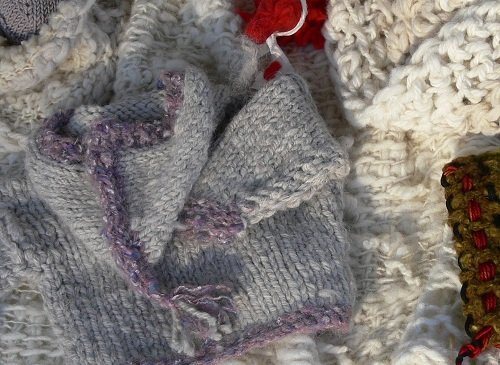 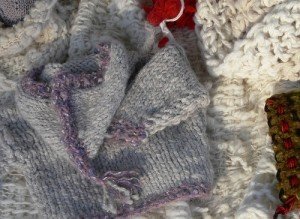 garments that just gathers dust in a wardrobe or even an embarrassing gift that you give to someone, that haunts you whenever you see it being worn.

Casting on is important, so if it seems that I’m labouring the point in this Beginners Guide to Knitting video series, there is a very good reason.

Today’s video however, takes us into the realm of mega knitting, where I can pick up my favourite mega needles and a good old chunky yarn.  There’s little difference between casting on using hooked mega needles and smaller sized knitting needles, but the hook needs just a little explanation.   A big advantage of mega knitting though, is that it’s so much easier for you to see what’s happening.

Another aspect that I haven’t mentioned yet, is the type of yarn that you use, will also make a difference to the finished edge.  Select your yarn according to the requirements of the pattern, presuming you are using one!  If the pattern specifies ‘Worsted’ yarn, then you would be advised to use that weight since worsted has very little elasticity compared to woollen.

We will be covering yarn making and definitions in a later article, but for now it is useful to know that worsted yarn is made by combing the fibres before spinning.  This ensures that all the fibres run parallel with each other, creating a strong, but non-elastic yarn.  Woollen yarn is created from carded fibre, which jumbles all the fibres together.  Imagine woollen yarn as being a Slinky; if you pull one end it stretches, but then returns to its original shape when released.  That’s the theory.  We all know though, that after a while, the stretched yarn tends to lose its elasticity!

So, on with the show for today.  This video provides both an introduction into mega knitting as well as a demonstration of my own long tail cast on, using the thumb, but using mega needles.